Book your stay in Alsace at this charming Hotel in Andlau

Are you looking for a quiet and serene place to have an unforgettable stay in Alsace?
Snuggled in the Kastelberg vineyard, our Hotel & Restaurant welcomes you in its green setting. You will be pleased by the tranquility and friendliness of the place.

Do you want to know more about hiking trails, cultural sites, opening hours or simply to be as close as possible to tourist news? Visit the official portal of the Pays de Barr et d'Andlau or our dedicated page by clicking here!

Our three-star hotel offers 29 rooms spread over two floors. Spacious and bright (between 17 and 37m²), they offer you all the comfort you need for a pleasant stay. Half board on request.

END_OF_DOCUMENT_TOKEN_TO_BE_REPLACED 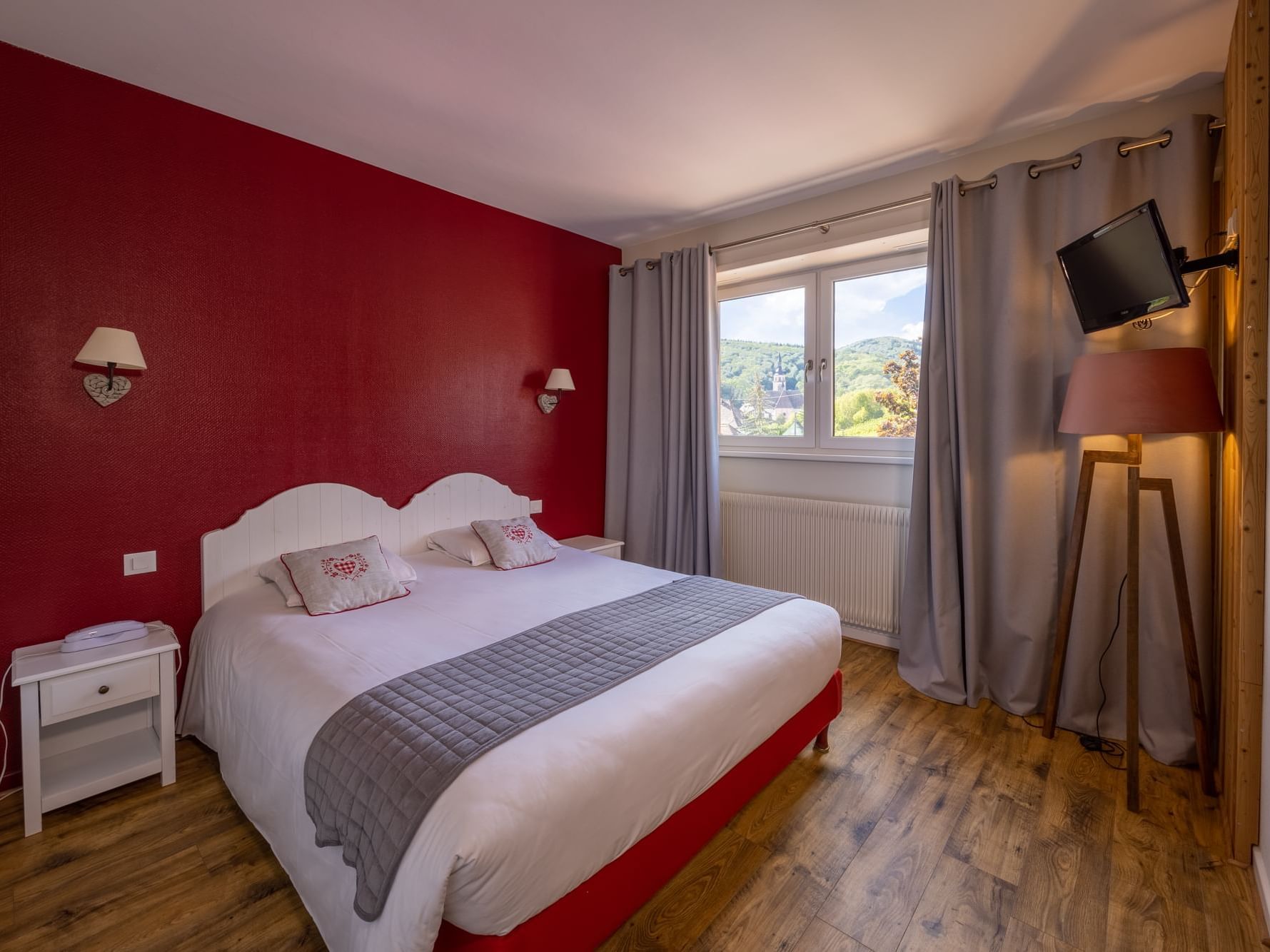 From 17 to 20m², our Comfort rooms allow you to enjoy all the advantages of our house at the best price. 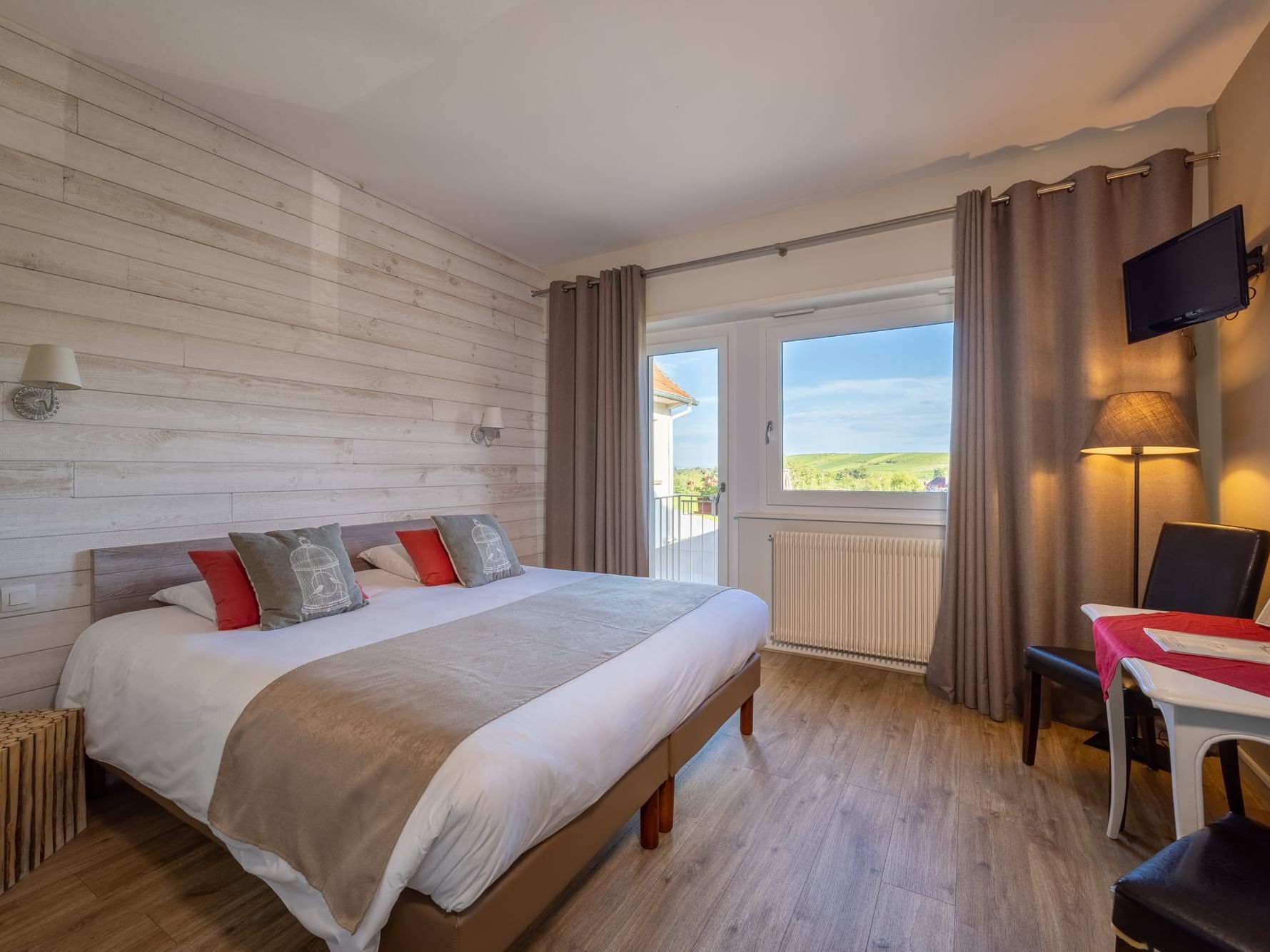 From 21 to 24 m², our Privilege rooms already offer more space. 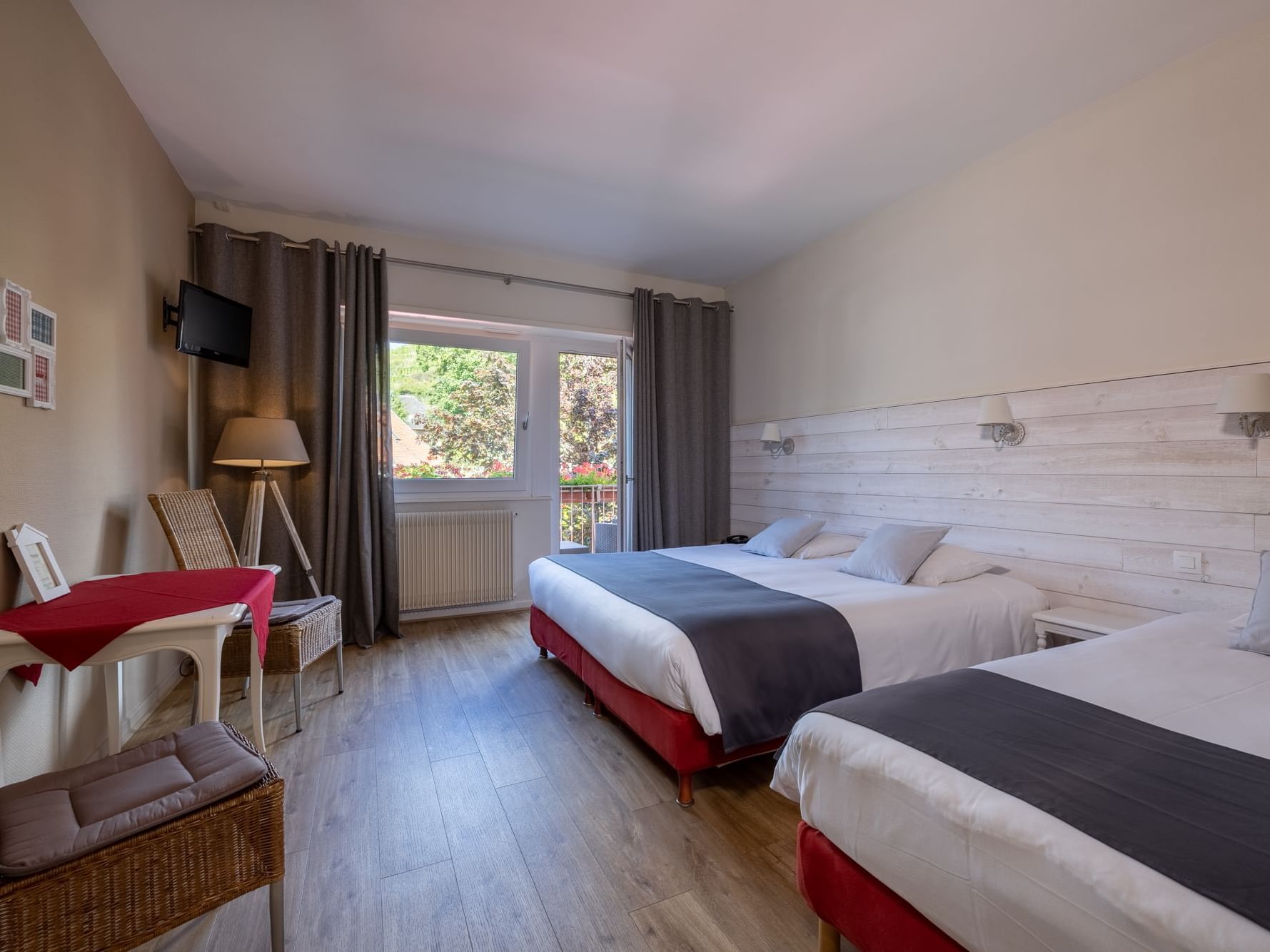 From 24 to 28 m², our Family rooms offer you more space and allow you to accommodate three adults, or a family of four. 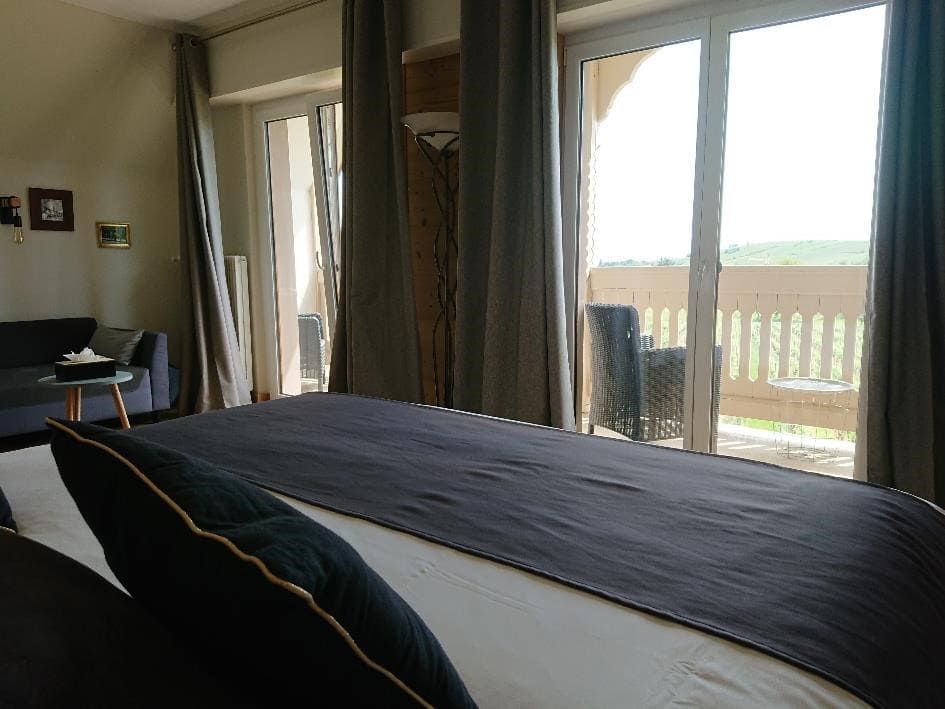 With its 37 m², the Suite Le Kastelberg offers you an exceptional stay.

END_OF_DOCUMENT_TOKEN_TO_BE_REPLACED 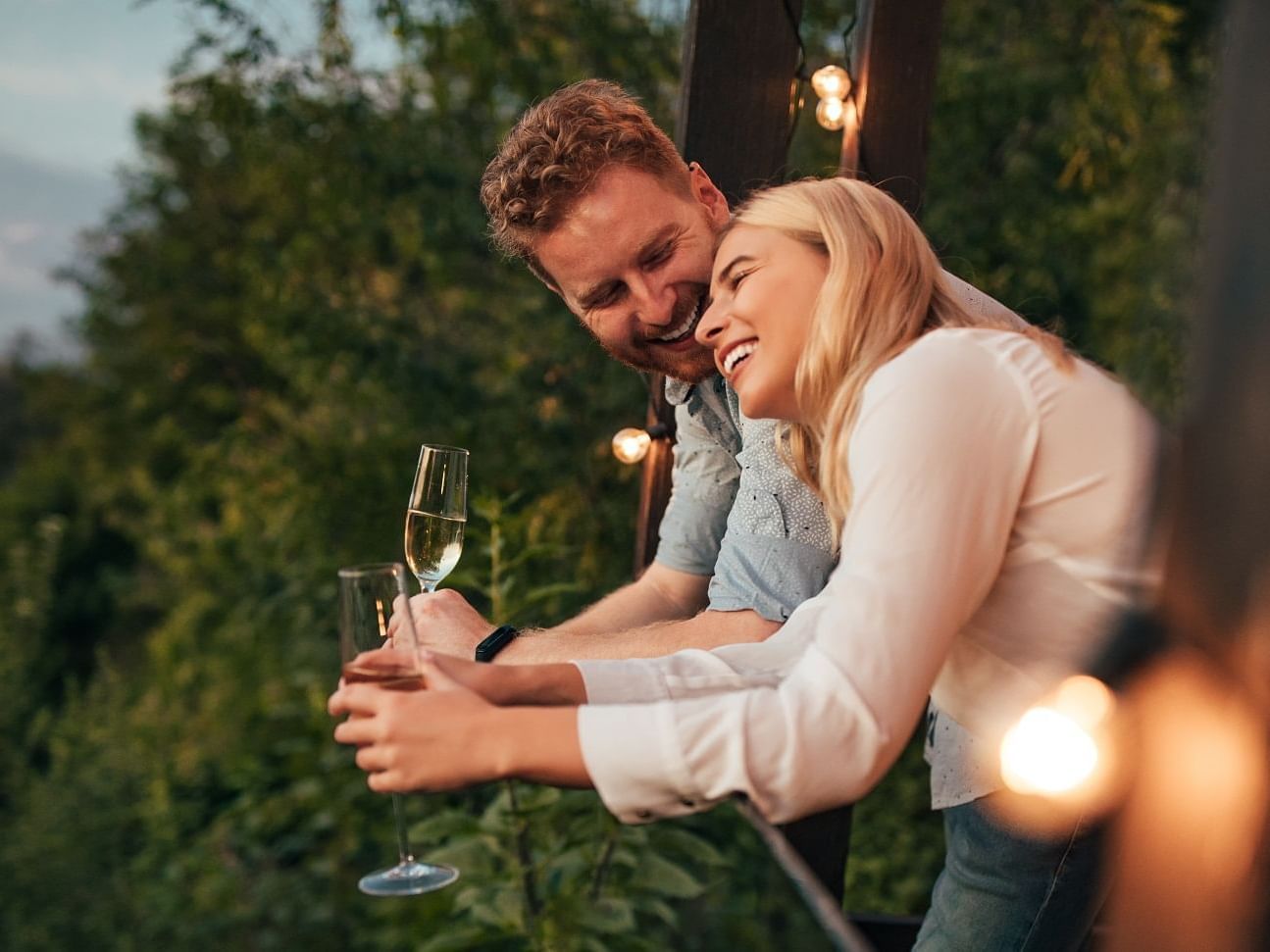 With the offer Short Break and more, you can benefit from a discount up to 30%. 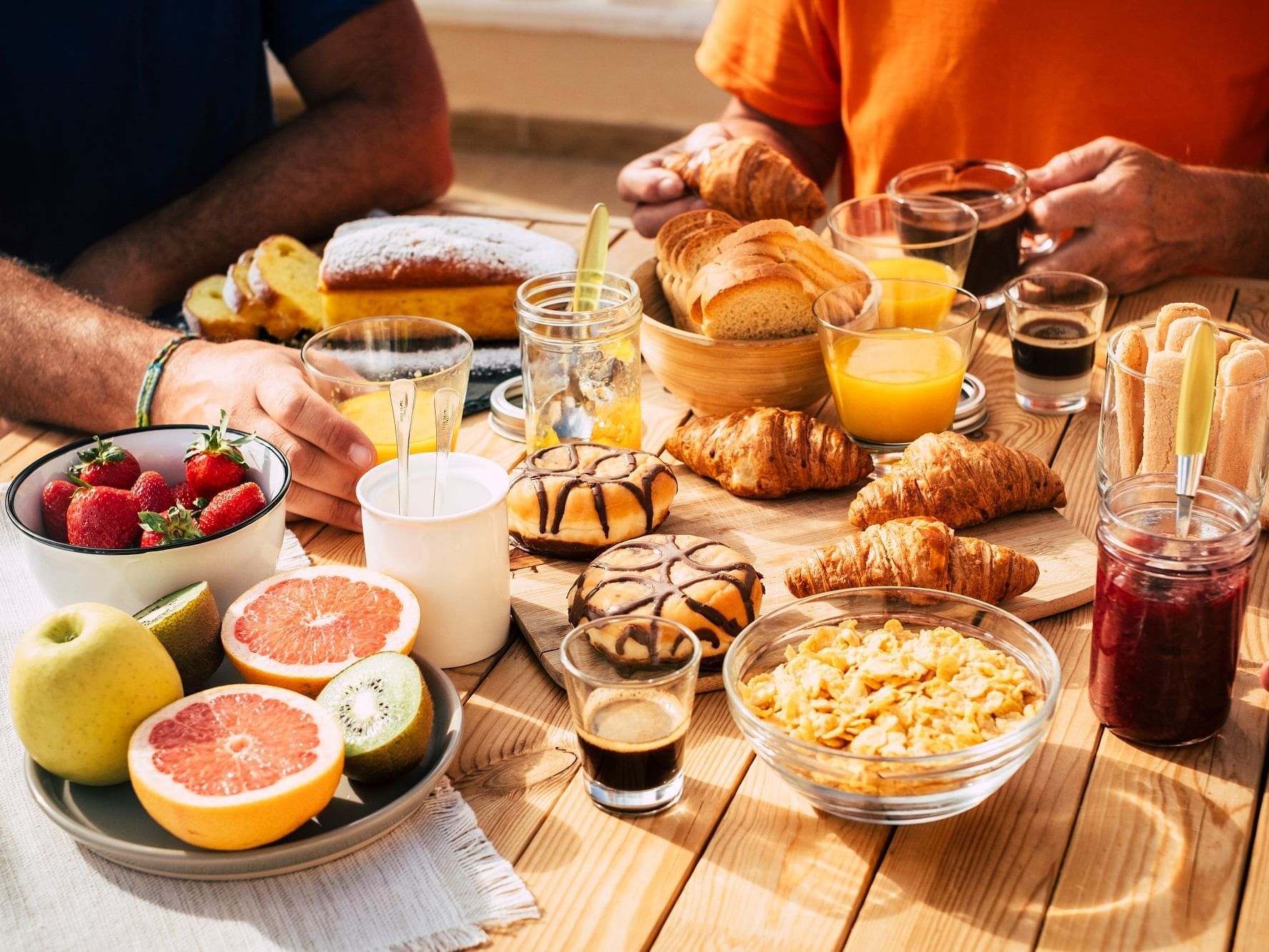 Breakfast is included in the price of the room. 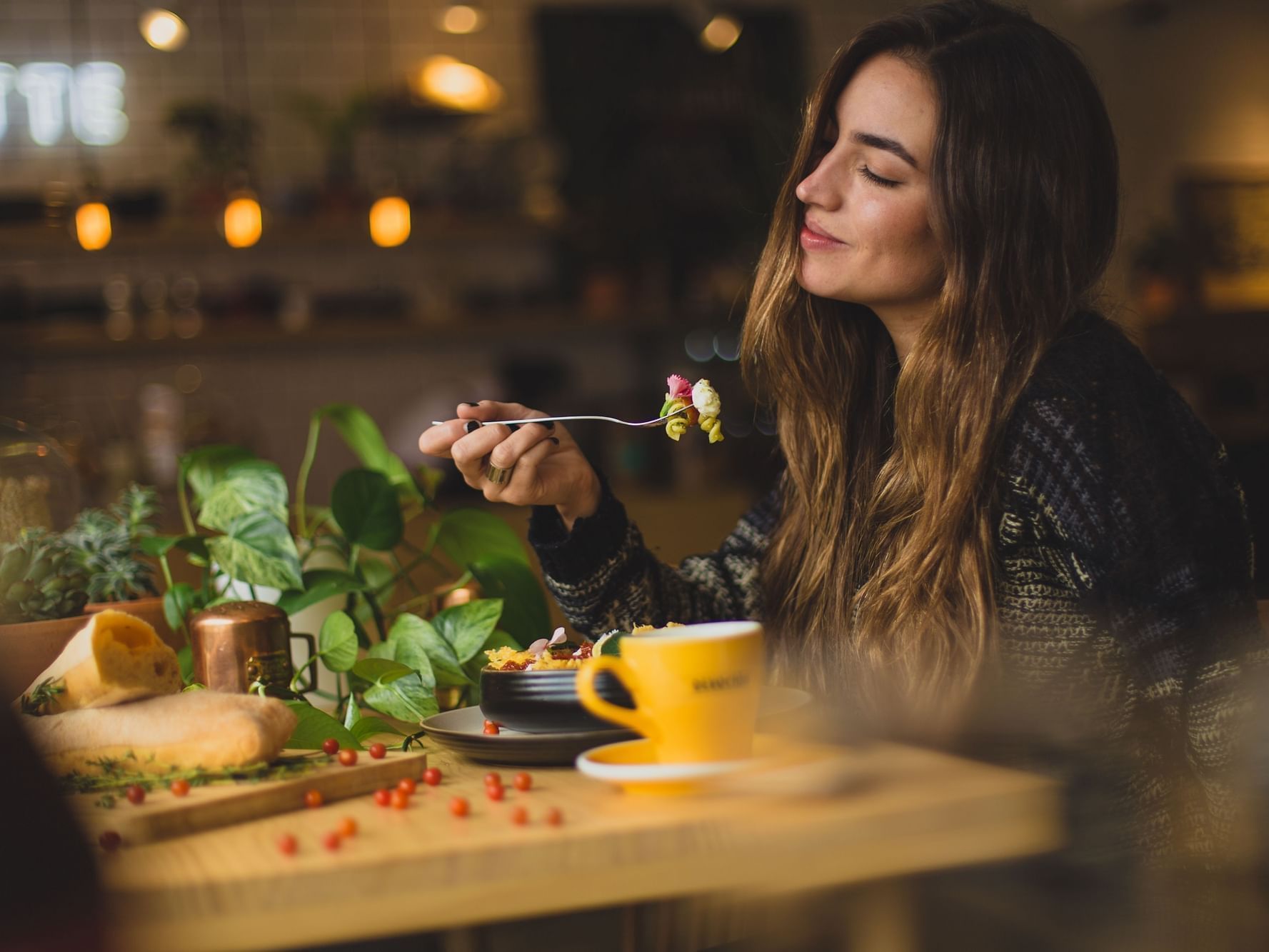 With the Half Board offer, breakfast and dinner are included in the price of the room.

Our 3 starred Hotel & Restaurant, located between Colmar and Strasbourg, is perfect for exploring the many facets of the region, which is full of marked trails. You can also devote yourself to playful and fun activities with the family, share moments of relaxation with friends or discover its heritage.

END_OF_DOCUMENT_TOKEN_TO_BE_REPLACED

Enjoy an excellent breakfast. Rich, generous based on fresh and local products.

END_OF_DOCUMENT_TOKEN_TO_BE_REPLACED

Massage at the hotel

A massage in the heart of the vineyard in Andlau, in an enchanting setting, is the promise of the Kastelberg.

END_OF_DOCUMENT_TOKEN_TO_BE_REPLACED

For an arrival outside these hours, we could adapt to your according to availability on the date you are interested in.

END_OF_DOCUMENT_TOKEN_TO_BE_REPLACED

All our rooms are fully equipped

Private bathroom with shower or bathtub

An exceptional setting in the heart of Alsace

Our 3 starred Hotel is nestled away from traffic, in the heart of the vineyards and on the edge of the forest in the small wine-growing town of Andlau. This one owes its reputation to its 3 great wines Wiebelsberg, Moenchberg and Kastelberg. Andlau also stood out to the general public by winning second place in the broadcast hosted by Stéphane Bern, the "Favorite Village of the French" during the 2014 edition.

A stopover on the Wine Route, at the foot of the Vosges Mountains, Andlau has everything to seduce you. Stroll through its picturesque streets to discover its history, its half-timbered houses, its flowered balconies, its wine cellars or its Ste Richarde Abbey.

A hotel in the heart of the Alsace vineyards. A warm and friendly welcome.

This offer is available in a range of selected hotels. Please choose at which one you would like to book.